Three years ago I was participating in VMworld, VMware’s yearly event, and when the question came up about how many people were using NSX, just a few hands raised. One year later more than half of the people present at VMworld were raising their hands. Then and there, that was the moment when I realized that my lifelong avoidance of the network part of the Datacenter was over.

In the old days, I decided that I could stay on one side of my imaginary (and simplistic) view of the Datacenter. You could be part of the Operating Systems, Database, Servers, Storage, or Networking team, maybe two of them, but that was it. If you tried to cover too much ground you would become a Jack of all trades and master of none.

Fast forward to 2017 and we are talking about convergence and hyper-converge. We are virtualizing the storage, the network, the clouds, even your pets (just Google it). With that view in sight, my theory of silos in terms of the knowledge I needed is defeated. I need to learn network design and architecture, but I don’t want to do it the old way, I want to get on board with the new wave, I want to do it with virtualization and including the cloud. Taking this into consideration there is no better way to do it than with VMware’s NSX Virtualization Platform.

When I presented the test for my VCP-DCV, it was a different time. The IT industry was just coming out of the .com bubble and they were worried about technologies that promised a lot and may not achieve much. Now with the VCP-NV I have twice the experience and I really don’t want to get into another race to the bottom, so I certainly think that it is very promising.

But everything is not peaches and cream, with the VCP-NV certification comes the network. It is not just another VMware product, this is real network design and architecture. You will have to understand the different layers, routing protocols, and edge services. There is some serious studying to be done, and some of the knowledge needed to achieve this certification comes with experience. 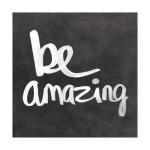 This VMware certification will give you an edge over your competitors. You just can’t keep ignoring the way the market is going, but don’t forget that it is not the end, network virtualization is only a way of getting the stumbling blocks out of the way of your applications.

This site uses Akismet to reduce spam. Learn how your comment data is processed.